“We have been working on the draft law № 5557 for a long time. It is important that this law is comprehensive and contains three components: territorial defense, resistance movement, and preparation of Ukrainian citizens for resistance. All these components are interconnected and cannot exist without each other. Such a holistic approach was initiated by the Office of the President, and it worked out for us because we thought about it for a long time”, – Halahan said.

The SOF Commander also noticed that Ukrainian special forces cooperate a lot with foreign partners, in particular, participate in the Sea Breeze multinational exercise, where they work out cooperation with the NATO military servicemen. He reminded that one of the SOF units has already been certified with the right to be involved in the NATO Rapid Response Force, and another unit may be certified by the end of the year.

“Over the last year, we have optimized the headquarters of military structures (from units to command) according to NATO standards, they work by the relevant procedures. The list of legal documents required for the SOF functioning and development has also been approved. The SOF are also provided with material and technical base according to the Alliance’s standards – although not in full, this scope allows to complete the tasks set”, – Halahan pointed out.

According to the SOF Commander, Russia seeks to keep Ukraine in its sphere of influence, so our cooperation with NATO member states and the movement towards joining the Alliance is of great concern to Moscow. That is why Russia does not abandon attempts to restore the offensive potential of its own armed forces: it uses the hybrid war methods, in particular through the information space, implements measures of economic and ecological pressure, asymmetric actions, as well as provocations – deploying troops near our borders and instilling panic worldwide.

“Our opponent’s course is to restore the offensive doctrine, to develop the nuclear triad, the response and warning system, to restore the nuclear component in the temporarily occupied Crimea and, of course, to provide its own armed forces with personnel”, – the SOF Commander noticed.

At the same time, Halahan believes that in order to avoid the mistakes of 2014, military servicemen should be educated not only as professionals but also as patriots. For this, the military-patriotic education of the youth is important, and the experience of the UPA, the UNR, and the Kholodny Yar movement should be “a component of the education of a modern soldier”.

“In my opinion, it is precisely due to the lack of elaboration of the historical foundations of our army in the period up to 2014 that the annexation of the Autonomous Republic of Crimea occurred. The troops defected to the enemy’s side in conditions of some uncertainty. This is because they were brought up as professionals, but not as patriots. Such work had to be done since childhood, and now we can change it. Special operations forces take into account such features and increase participation of young people in the military-patriotic education”, – Halahan deems.

It bears reminding that on June 29, deputies of the Verkhovna Rada supported in the first reading the draft law on the fundamentals of national resistance which provides for the development of territorial defense, the organization of the Resistance movement, and corresponding preparation of citizens of Ukraine for national resistance. According to №5557, the Resistance movement will be organized by the Special Operations Forces. 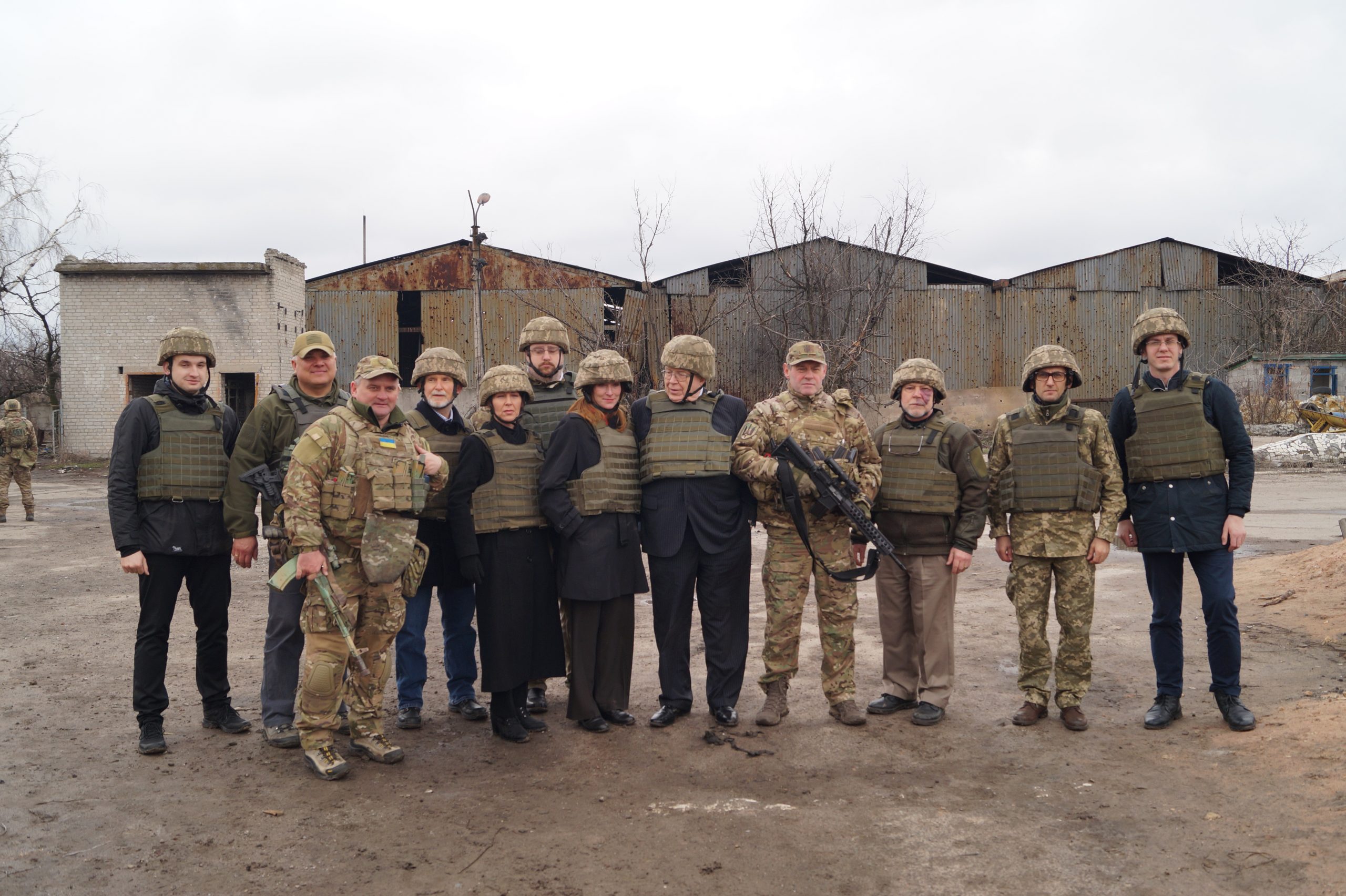 In 2018, the team of the Ukrainian Security and Cooperation Center (USCC) accompanied the delegation of the American think tank American Foreign Policy Council during the visit to Ukraine. In addition to official meetings in Kyiv, the delegation also visited the frontline – the outskirts of Avdiivka, the famous “Promka”. This trip was organized by Hryhoriy Halahan – at that time Commander of the “Alpha” special unit of the SSU.

We welcome the fact that professionals and patriots such as General Halahan are implementing the concept of comprehensive defense in our country. This will be the key to a strong Ukraine in the future, a country whose land no aggressor will dare to encroach on.