A press conference on the topic “National resistance – a cornerstone to Ukraine’s security. Presentation of the draft law №5557 on the fundamentals of national resistance” was held in the House of Officers today. The Ukrainian Security and Cooperation Center co-organized the event.

The participants of the event spoke about the essence and main provisions of the presidential bill №5557 on the fundamentals of national resistance. During the press conference, the Commander of the Special Operations Forces of the Armed Forces of Ukraine, Major General Hryhoriy Halahan, acknowledged the extreme urgency of adopting the draft law on national resistance. He stressed that the threat from the Russian Federation has not disappeared – the Kremlin recently announced its intention to establish around 20 new units and formations in the Western Military District in addition to the existing forces. This means an increase in the number of armed units on the borders of Ukraine. Introducing the national resistance system will ensure the state’s readiness for any developments.

“At the same time, the introduction of such a system is historically justified. After all, the national resistance movement against the Russian-Bolshevik occupation on the territory of Ukraine operated during the 1920s, with the “Kholodny Yar” insurgents being its most famous representatives. Here we can also mention the Organization of Ukrainian Nationalists and the Ukrainian Insurgent Army. It was the national resistance that managed to stand against Russian aggression in 2014. Now the adoption of the draft law is necessary to resolve, in particular, the development of the resistance movement, which will be subordinated to the SOF. Most importantly, the bill №5557 provides for ensuring full-fledged social and legal protection provided by the Law of Ukraine “On Social and Legal Protection of Servicemen and Their Family Members” for participants of the resistance movement”, – Hryhoriy Halahan said.

Major General of the Armed Forces of Ukraine, Commander of Territorial Defense Anatoliy Barhylevych noticed that while preparing the bill the participants of the working group carefully studied and paid due consideration to the international experience and the best practices of Ukrainian initiatives. 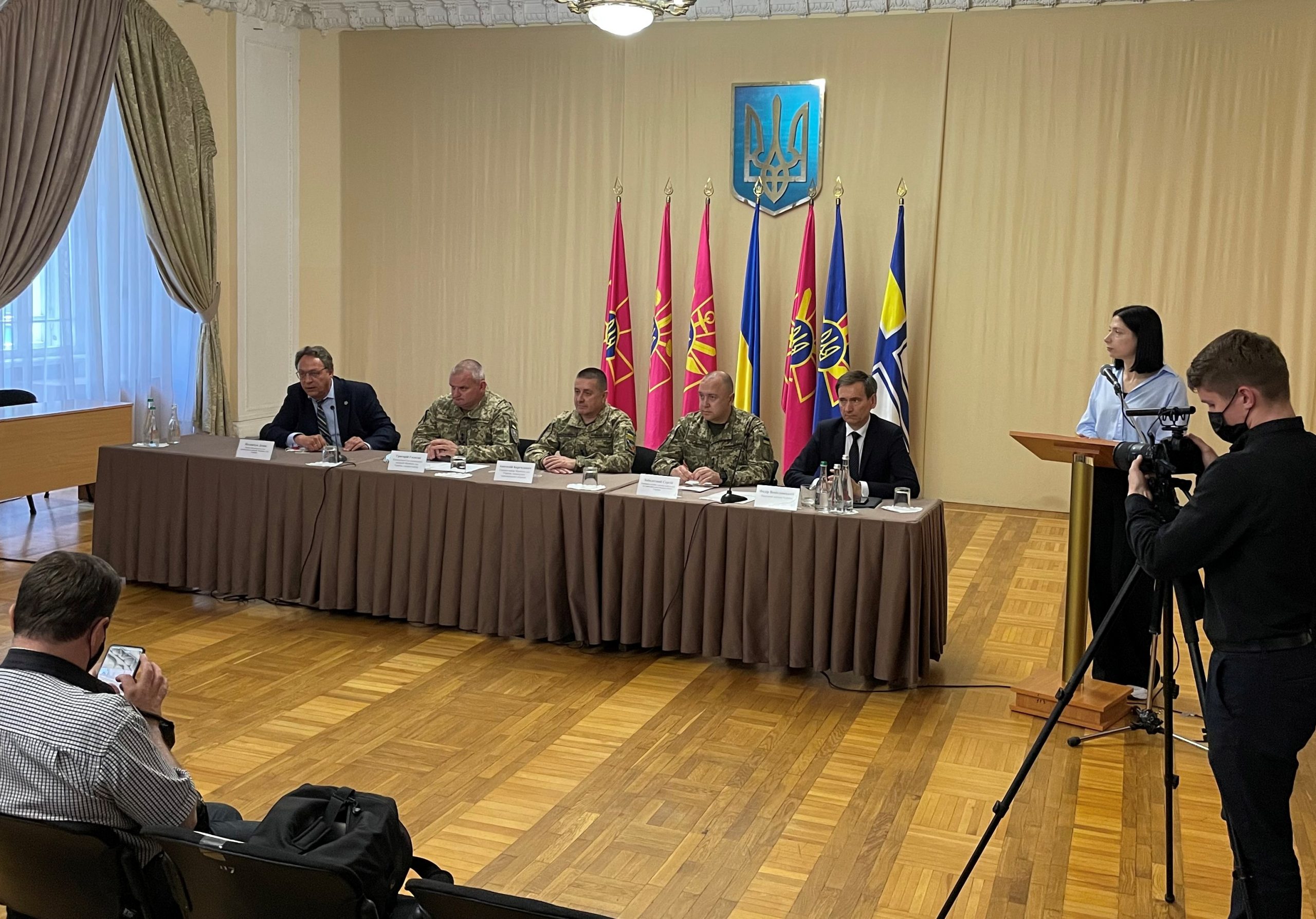 “The draft law virtually implements the concept of comprehensive defense used in NATO member states. In this way, Ukraine, due to this change in approach to defense, brings it in line with existing practices in the Alliance. At the same time, the draft law is a logical development of the adopted strategy of military security and allows to implement the principle of “comprehensive defense” in practice, – Anatoliy Barhylevych emphasized.

He also pointed out that an important component of a comprehensive system of preparation for national resistance is military-patriotic education. It provides for the acquisition of basic general military practical skills, as well as training and preparation of citizens for living conditions in areas of (military) hostilities.

Military-patriotic education includes such components as initial training for students in secondary education and basic training for those who have reached 18 years of age and are not serving in the military. 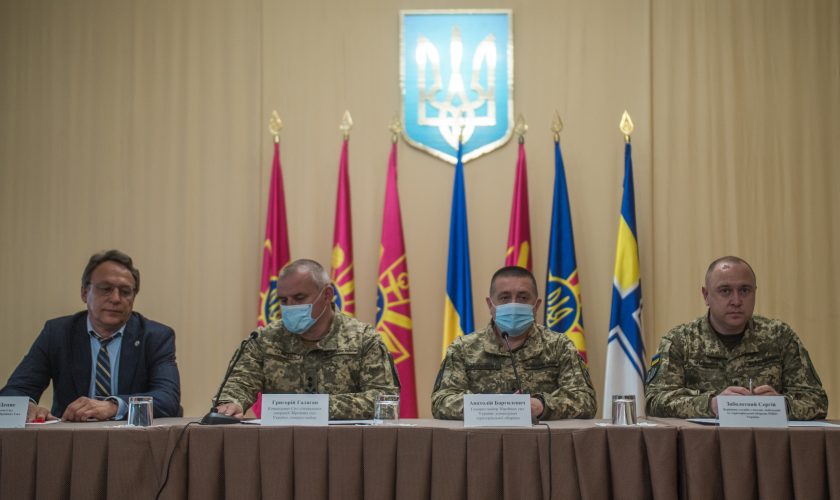 People’s Deputy of Ukraine Fedir Venislavsky stated his support for the Presidential draft law on national resistance №5557, as it did not receive any critical remarks from the Main Scientific and Expert Department of the Verkhovna Rada of Ukraine. At the same time, all management proposals have already been taken into account by the working group that prepared the bill.

“It should be stressed that the draft law on national resistance received the unanimous support of the relevant Committee on National Security, Defense and Intelligence, including Lieutenant General, People’s Deputy of Ukraine (“European Solidarity”) Mykhailo Zabrodsky. I would like to draw your attention to that the bill submitted by the President as urgent is not accidental, its adoption during this session of the Verkhovna Rada is critical. After all, due to the requirements of the Budget Code, if the draft law is not adopted now, it will enter into force only in 2023. Given the ever-growing Russian threat, such a delay could be fatal for Ukraine. I am convinced that the bill will receive the full support of the deputies”, – Fedir Venislavsky told.

Head of the Service for Mobilization and Territorial Defense of the NSDC of Ukraine Serhiy Zabolotny noted for over a year, a working group comprising the military, volunteers and experts, had been drafting this bill. They took into account their personal experience of the Russian-Ukrainian war and now act as a united front for the adoption of this bill. All the proposals of the working group were taken into account during the process.

“The security of every citizen of Ukraine largely depends on the adoption of the draft law on the fundamentals of national resistance”, – Serhiy Zabolotny underscored.

Adviser to the Commander of the Special Operations Forces of the Armed Forces of Ukraine Denys Podanchuk stressed that the state should be ready to quickly repel aggression from any direction. He said that the implementation of the concept of national resistance will maximize the strength of the Ukrainian army. For example, formations and units of territorial defense, if necessary, will be involved in certain tasks to protect against the occupier of the territory to which they are assigned. There is also the possibility of engaging territorial defense in peacetime to protect the population in emergencies and crises. And the resistance movement will operate in the occupied territories and perform special tasks there to counter the enemy under the command of the SOF.

“We have drawn conclusions and we will not allow 2014 to repeat. The people and the army are united. Together we will be stronger. The model of functioning of the national resistance suggested by the President will help the army to defend our state most effectively, and will not burden it with additional bureaucratic procedures. The correct approach is not to reach military parity with the Russian Federation, which is building up arms but to organize a comprehensive resistance to the aggressor. This will further ensure effective confrontation and maximize defense capabilities”, – Denys Podanchuk shared his opinion.

At the end of the event, the participants of the press conference called on all deputies of the Verkhovna Rada of Ukraine to support the draft law №5557 on the fundamentals of national resistance.

Find more about the draft law on the website https://sprotyv.in.ua.